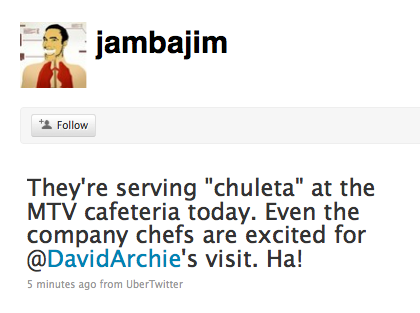 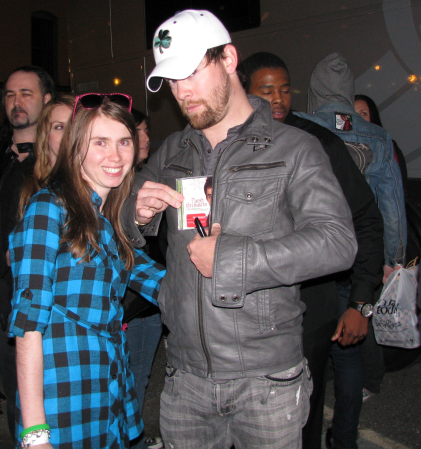 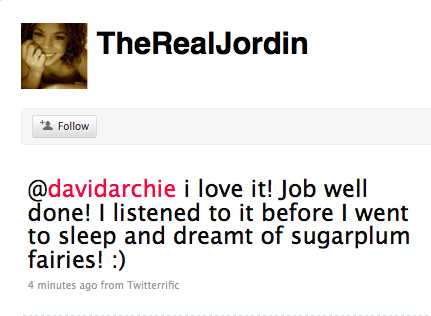 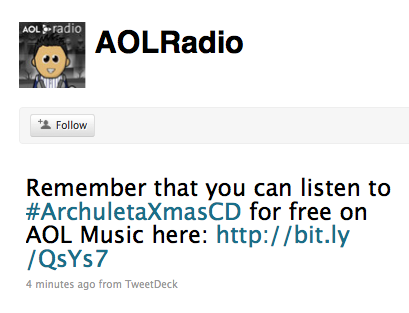 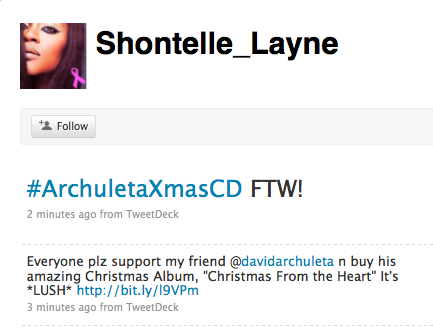 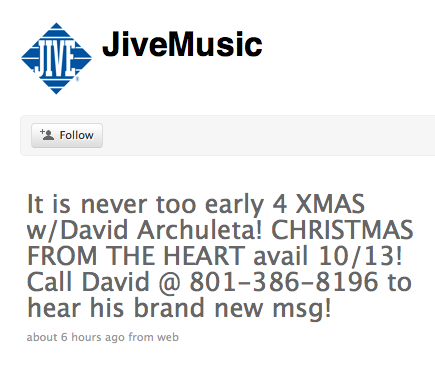 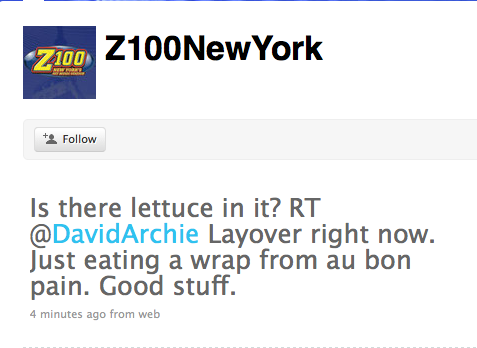 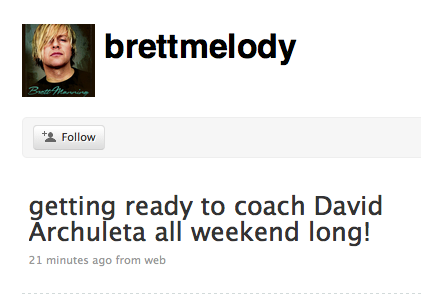 interviewer: winner of season 7 -- you might remember, he won out against david archuleta. and how is that, man, do you guys still talk? you guys still stay in touch?

cookie: yeah, actually, i just oddly enough joined the twitterverse, or twitter universe, or whatever it is, and he texted me and was just like, "you're on twitter?" and i was like, "yeah," and he goes, "oh great, somebody else to make me look unfunny." we still kinda talk every couple of weeks, we have a great relationship. he's one of the nicest guys, i just -- it amazes me. like you'd think that eventually he would just go off on somebody, but no. 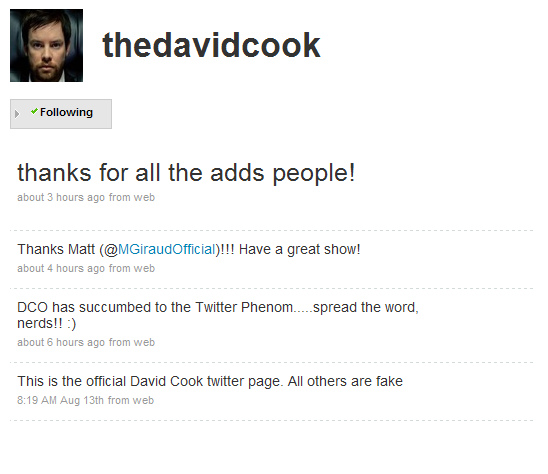 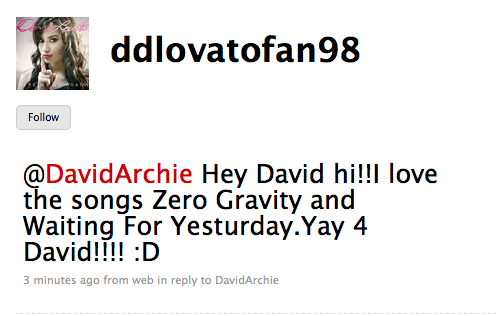 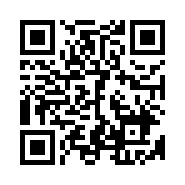