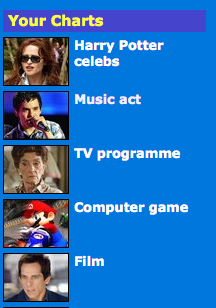 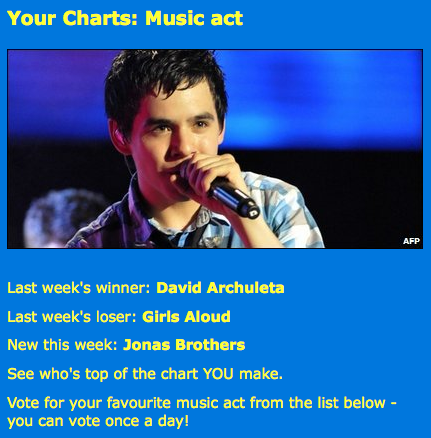 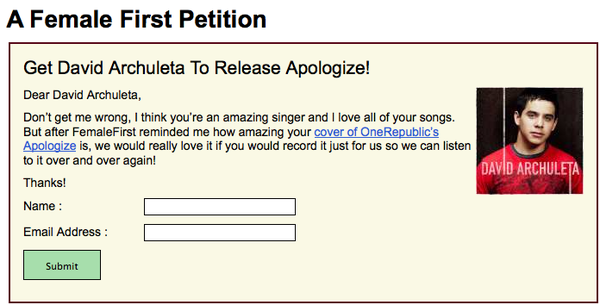 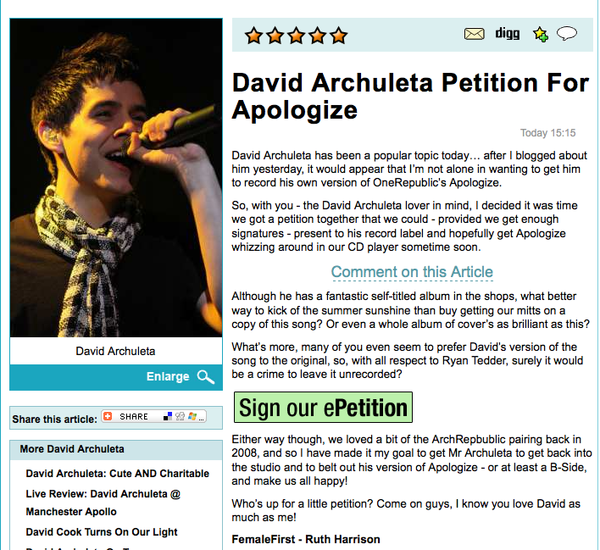 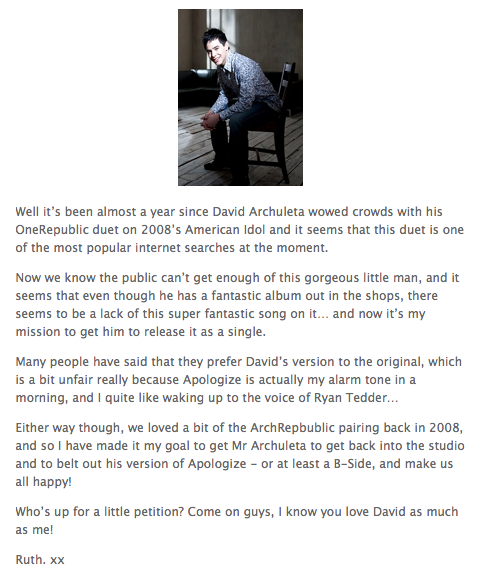 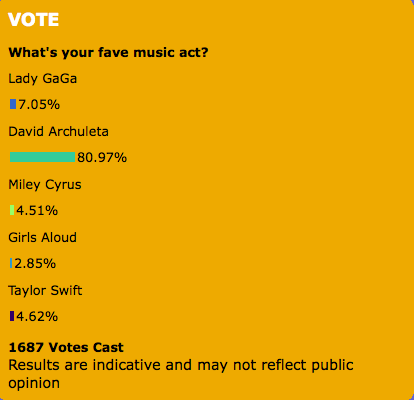 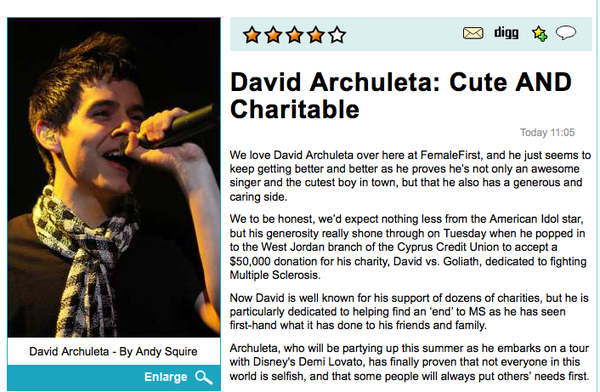 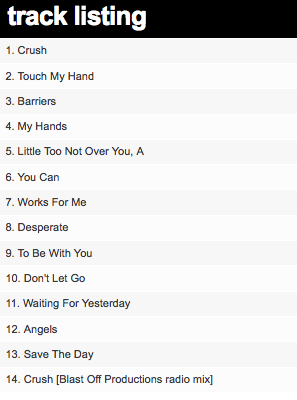 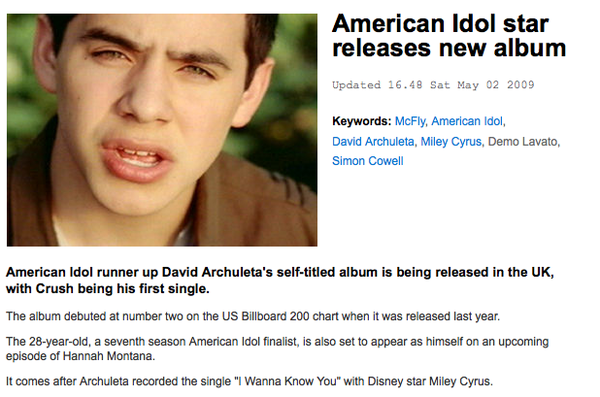 I don't have a direct feed for iTunes in the UK, so these numbers might be old, but Crush is sitting at #68 in pop on iTunes UK and the AMERICAN REGULAR version of David's album is sitting at #61 in pop. Neither were charting before David starting doing the tour or did Paul O'Grady.

The UK version of the album (same as the Japanese version) is the one that will be released May 11.

Also, the concerts are having an impact on what songs are being downloaded. In order, here are the top 5:

WFY is not available in the UK yet (it'll be on the UK version of the album) and, of course, ZG is available nowhere. 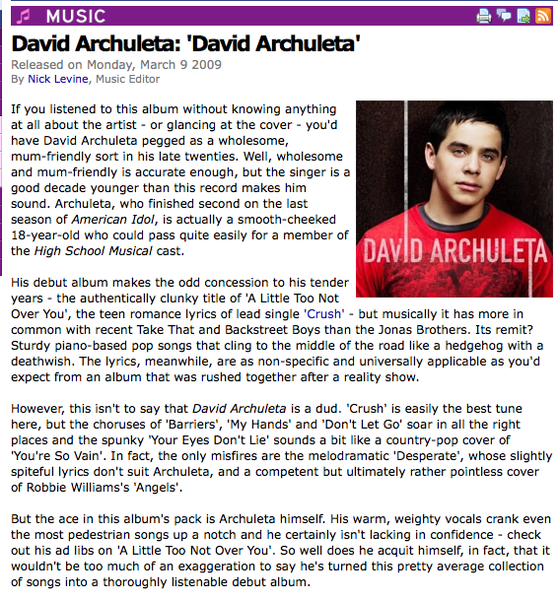 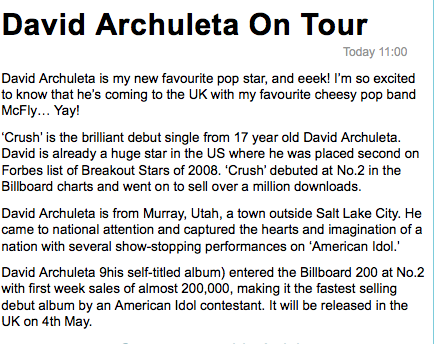 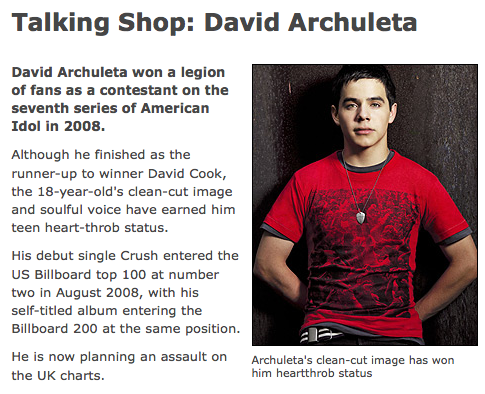 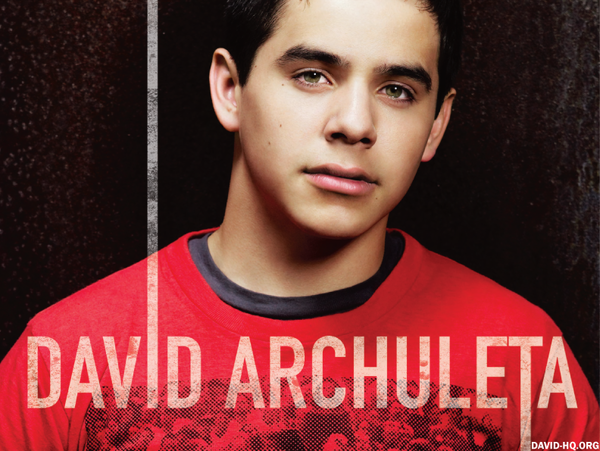 If you’re a US reader, we apologise - you’ll have known about ‘Crush‘ since last August. The song, American Idol runner-up David Archuleta’s debut single, remains the highest-ranking debut single release of any American Idol contestant, and went on to help Archuleta shift over 600,000 copies of his eponymous debut album. Not too shabby for a boy The Guardian calls ‘the missing link between chimps and humans’ (ouch)。

Anyway - we’re telling you all this because we’re really into ‘Crush’, and it’s released in the UK today. Yes, it’s a bit ‘acoustic MOR ballad’, yes, the beat is a bit of an ‘Irreplaceable’ rip-off (oh come on, we’ve all ripped ‘Irreplaceable’ off by now, right? Just don’t tell Sasha Fierce), BUT it’s catchy as hell, the melody is really quite lovely and Archuleta has a very easy-on the-ear tone - think Ne-Yo crossed with Will Young. Or something a bit like that, anyway. Have a listen to ‘Crush‘ and see what you think. (Oh, and if you like ‘Crush’, you should check the album out.) 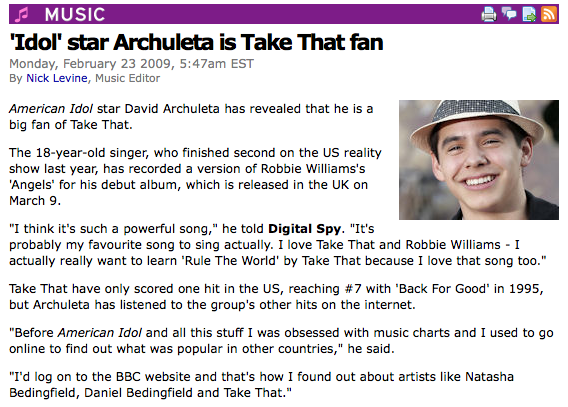 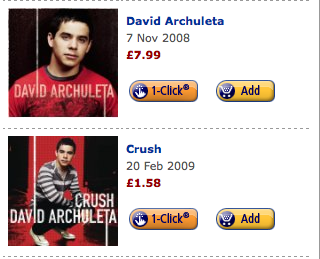 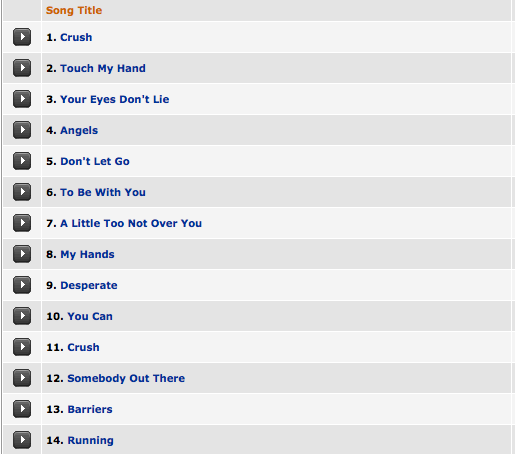 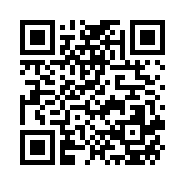