3. celery with almond butter snack idea from the keyboardist

5. Im always nervous until I get on stage

6. do you watch idol? I really like Scott. lil rounds. there alot of good people. the pink haired girl!!! and Danny Gokey

8. this is harder than it seems

9. it's easier to learn a song when your not under pressure...talking about recording for itunes during idol.

10. chachi is stuffing his face in the studio while David is there...commercial break! time to catch up!!!!

11. k. David has morning voice and is chortling and laughing. He talked about how being nervous on his own tour but as soon as he gets on stage it's soooo much fun.

12. he's taking Kendra's advice and eating healthy...he watched idol last night and talked about his favorite. he liked the guy who snag DLTSGDOM. he liked the Spanish sound.

18. caller.... I loved him....sounds so goood on the radio.... you are great...caller is older than 18....sounded so much better over the air ..sings good morning, good morning...
you are such a wonderful spirit and being...and what you represent...awwww thank you he says..

18. back to Crush....you did not ...have one blemish says dj....David says he's not a morning person...another caller.. a guy, you sounded a lot better than the recorded itunes... last phone call.. a young girl...she's 11....she sounds nervous...awwwwwww! she's going to the concert. HE MADE HER DAY!!!!
calls not screened.

19. David hums Herbert Albert. David is asked to do cover song and dj is to play trumpet while David plays keyboard. Caller on...David says caller she is going to show!! her daughter is going to flip!!!

20. commercial break. husband gets up and looks at me with THAT what are you doing now look....

22. oh g, again...bb d has the morning thing down....WOW. he nails it. nails understaaaaand. ohhhh ohhhhhh ohhhhhhh NEW changes!!!! THE BEST EVER EVER EVER!!!!!

23. decides to do crush... ahha! he doesn't know what key Crush is in....he's impressed the dj has met Pat Matheney...starts Crush again, dj is supposed to come in with trumpet...David sounds wonderful....trumpet guy is .....not so good...David is cracking up, so is everyone else.

24. talks about Gavin DeGraw. dj thinks he was on key. David says almost on key. lots of laughing.

25. they tell him is was wonderful David wants to see chachi finish...one last caller. "this interview is awesome" girl is missing class. ...sings "riding through the monsoon" when dj talks about David doing national anthem in pouring rain (Amy and Dana were there..Dana pants got ripped and David got mobbed) ....compliments him on pro bowl., dj was there. David says he fell in love with Hawaii. commercial break. 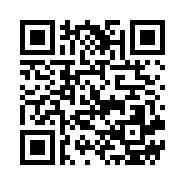