A group of David Archuleta fans Dustin, Karin, Trish, John, & Sharon came together on October 17, 2009 in Atlanta, GA to promote David's new Christmas CD "Christmas From The Heart". We made our way through the big city telling everyone about the EPIC CD. People were awesome to take our flyers, give shout-outs and listen to us talk about David. I would like to thank everyone who participated in the video! You guys ROCK! (=

I would also like to say Trish, Karin, John, & Sharon are some of the most AWESOME people EVER and it was such a BLAST to share this day with you guys! (=

We would like to thank David for all he has done. David has touched the lives of many with his music and made people come together from all around the world. This is just a little way of giving back. Thank you David for everything!

I hope that everyone who watched the video enjoyed it and I hope it sparks some ideas for you to get out and find ways to promote David. 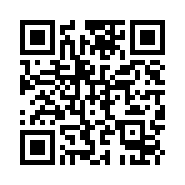