David Archuleta lets his fans know what he’s up to in this new video blog uploaded on Thursday (October 27).
One of the exciting new projects the 20-year-old singer is working on is a music video shoot in Hong Kong!
“I’ve spent time in the Hong Kong airport but not in Hong Kong itself so fun times!” David said.
David also added, “It’s also been awhile since I shot a music video.”
David has been doing some heavy traveling lately. He’s recently visited Florida and Las Vegas and will be heading to Hong Kong and Singapore in the upcoming month. 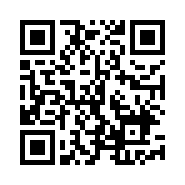