In the singer's speech, which clocked in at just over 50 minutes, the 18-year-old utilized self-deprecating humor and a stream-of-consciousness speaking style. "If you want to get better at something, you need to start in the first place," Archuleta said. "Like speaking for me, but I didn't avoid it today. I think that's a good thing."

Archuleta talked about his musical journey, which began when he was 6 years old, as well as the necessity of facing the future with optimism. "A lot of hard things can be going on in our lives,

but there is always something great to be focusing on," he said. "Even if you don't see it in the right now, it's amazing how things work out in the long run."

At one point during the speech, he turned to Hatch to ask how much time he had left. "I tend to ramble, that's the dangerous thing," Archuleta admitted. "And it's not just rambling, it's like 'what is this kid talking about?'"

Several fans at the back of the room shouted "sing, sing." "I'm not done speaking yet," Archuleta replied with shy confidence, drawing a roar of laughter.

After Archuleta told a story about his rise from singing in his Murray backyard with the neighbors' dogs to releasing his second album, Hatch, too, joined audience members requesting a song.

"I'll sing a verse, I guess," Archuleta said, appearing somewhat frazzled at the impromptu request, before settling on "O Holy Night," one of the traditional classics included on his just-released "Christmas from the Heart."

The room went silent as the young singer's voice soared a capella, drawing a standing ovation from the crowd.

"Boy, he can have a degree and Ph.D. in philosophy, is all I can say," Hatch said as Archuleta walked off stage. "I have so much admiration for him, not only for his extraordinary talent, but his strong character and example. It's a tough business to be in." 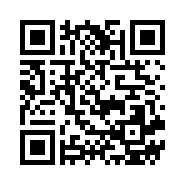