He wore a suit!!!!!!!! With sneakers (navy and white). White shirt and black tie (I think we've seen it somewhere before).Hair= AI spiky and perfect. Glowing skin...the usual. Smiling almost the entire 50 min. There was an AUDIBLE gasp from the audience when Sen. Hatch introduced him. You could hear & feel it. People leaned forward as he came out.

He waved and smiled. HE STOOD ON A STEP TO B tall enough to reach the mic（太矮了要站在箱子上才搆的到麥克風）. Oh my heck!!! It was the cutest, funniest thing. He didnt seem to mind. He brought several pages of notes, but we think he didn't end up using them much. He rambled, but also managed to give a coherent talk and cover several important points such as facing your fears by starting small and just getting started (like public speaking for him), being honest with yourself (he has to drag himself out of bed sometimes to go workout, but he doesn't want to lie to himself ( cuz lying to yourself leads to lying to others--not good). He talked about writing in his journal and how he's as proud of that as he is of all the touring and big career stuff that's happened this year. Helps him organize his thoughts & helps him see how far he's come. He is grateful for all the scrapbooks people have made and the articles people give him, but he also wants to make sure his kids hear his story from his view too. (He said KIDS!!!!)

Let's see...what else? He told about how he got started singing. It blew my mind that some in the audience didn't know about his paralyzed vocal cord (it was a much older crowd in general...)-- like, you heard gasps when he told about it. Hello? Are we in UT or not? He told about when he won Star Search and he felt so bad for the girl who lost (b/c she was upset and crying), that HE cried and then the chaperone in charge of him had to try & tell him it would be OK for that girl and then the adult lady started crying!!!! EPIC!!!! He felt like he didn't deserve to win in the semifinals and the 2 girls competing were better, so he resolved to do his best so they would look good (not sure how to phrase it-- looking for a sports analogy. Kind of like you want the team that beats you to go on and win so you don't look bad for losing to a lame team?? You know? Anyway, yeah. That bit was awesome. He didn't talk about AI at all (running out of time by then) except to say that he prayed about trying out and although he didn't think God would care about some 10th grade kid kneeling down in his room, he got an answer and felt really strongly that that was what he was supposed to do.

Some people from the audience asked him to sing something and he said he didn't come prepared to sing... well, the first time he said, "Sing? I'm not done TALKING!" （哈哈哈，還沒說夠呢！）and then the 2nd time at the end, he agreed to do it. Someone (rhymes w/ Cyndy) suggested "How Great Thou Art" and others suggested "Lovely" (?) and "Bubbly" & O Holy Night (he thought it was too early for Christmas stuff). Well, he first asked Sen. Hatch what HE wanted David to sing and Sen. Hatch said, "Whatever you'd like" and David said, "What YOU'D like me to sing is what I'D like to sing" (seriously????) and then he decided on "Angels" and then he said, "See this is something I have a problem with -- making a decision. I'm just gonna make a decision here and stick with it!" and then he changed to "O Holy Night" and he closed his eyes and started and you could've heard a pin drop and I SWEAR a portal opened up straight to heaven when he sang（他唱歌的時候天堂之門打開了！！）. IT. WAS. PIERCING. Guh, I can't describe it, but the concert in Nov. is going to knock everyone out.

(OH! Forgot to mention, he talked about service & looking for ways to help people have a better day & how he was nicknamed "smiley boy" in school & a girl told him that him smiling & saying hi in the halls to her little sister really helped her and how he FLIPPIN' VISITS THE WIDOWS IN HIS NEIGHBORHOOD WHEN HE'S HOME!!!!!!!! (Houston, that's for you). I mean, tears here. TEARS!!!

So anyway, he sang a verse of "O Holy Night" and then everyone jumped up and gave him an immediate standing ovation. He hugged Sen. Hatch (two arms!) and I think also Mrs. H and then waved a couple of times to the audience and walked off. (Whew!)

more from her after:

He said when he hears people say they think his smiling all the time is fake he thinks that's funny b/c he doesn't even realize he's doing it most of the time. He did lots of cute jogging motions with his arms when he was talking about jogging. He said it's "refreshing" (hee!) He jumped down off the box at one point to show us how he stood all shaking and nervous when he sang at his first public performance which was the UT talent search. He said he hated the sound of his voice so much he used to run screaming from the room and he thought people were lying to him cuz he was a little kid and they didn't really like his voice. But, he said his love of music won out over his hatred of his voice and he performed anyway.

Oh! And he talked about singing the national anthem at the women's conference a few yrs. ago when Patricia Heaton was the featured speaker "But I didn't speak THAT time" and about how he was just at Abravanel Hall for the Cirque De Symphony thing and he went off on a little thing about that and how cool it was & asked if anyone else in the audience had been there and "wasn't that cooool? I'd like to find out what their schedule is so I could see them again... Anyway...." Yeah, he got sidetracked a few times, but he did a good job.

He said a lot of really profound things. It was very sweet. He said if you've been through some hard times in your past, you can still have a positive life & eventually see how those things have helped shape you into who you are and you can relate to others who have problems and you can be the one who can help others with their challenges. He is very wise. So happy too. Just glowing and happy. I'm so proud. 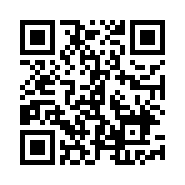